You are here: Home / Writing / That Saturday Matinee Feeling

Sometimes, all I want from a book is a good clean read with some fast-paced action and a hero/heroine without a lot of angst. The kind of story that makes for a good Saturday afternoon movie – Stagecoach, Indiana Jones, Star Trek (the new ones), or Twister. I just want to read something that takes me away for a couple hours and leaves me content to have spent the time.

Thirty years ago, I couldn’t get enough of Tom Clancy, Robert Ludlum, and James Michener. I wanted to be buried in history, intrigue, and details. Great stories and great books. But now, I’m happier with something a little less laden with those things. I’ve gone back to re-read the stack of Louis L’Amour books in the back of my closet. 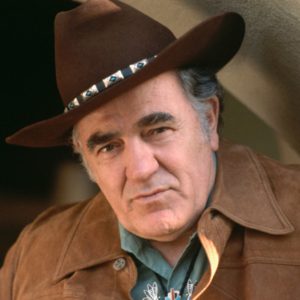 I’ve tried other western writers, but the only one I really like is L’Amour. He wrote in a clean, crisp style without any fuss or ambiguity. L’Amour kept it simple. His heroes are men who sit tall in the saddle and do the right thing. They’re generally men who read and care about the law. They’re honorable and loyal. All things that I admire. Perhaps that’s why I like them so much. I’m tired of anti-heroes and people with too many “issues.”

Writing a clean lead character like that is hard. We’ve come to expect the complex character and anything less makes them feel “cookie cutter.” Your hero must display an emotional depth under their cool veneer without a buttload of angst to go with it. 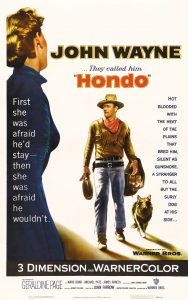 Don’t we all just really want a good guy who rides in, gets rid of the bad guy, and saves the ranch for the girl? Throw in a good fist fight, maybe a shoot out, and an Indian attack for good measure and you’ve got a book and movie. A good example would be Hondo . Written in 1952, it was a Louis L’Amour short story (original title The Gift of Cochise) that became a movie in 1953 starring John Wayne. Hardly the best John Wayne movie, but a strong tale, well told.

In watching Hondo again, I realize that I’m frequently trying to just write another variation of one of the many Louis L’Amour’s heroes I enjoyed reading about. I’m good with that – the world needs more uncomplicated heroes. Now if I could just channel a little more Louis L’Amour in my writing, I’d be golden.

“Why did the young think that dreams were only for them? The old dream also, with less hope, less anticipation, yet they dream.” High Lonesome, 1962