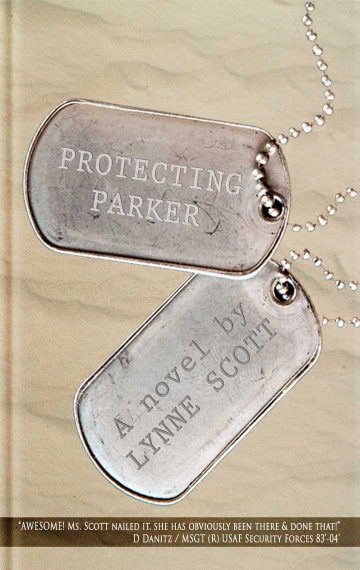 Physically wounded and emotionally haunted by a harrowing overseas deployment for the Air Force, First Sergeant Parker Cotton returns home to face even more trouble. Her estranged husband, attorney Alex Hamlin, has filed for divorce. To make matters worse, while she was overseas, Alex has gone from being remote and uncaring to paranoid and dangerous. And Parker is now the target of all his rage. When Alex attacks her, only the intervention of Security Forces Master Sergeant Gray Townsend prevents Alex from doing serious damage. Fighting his own demons from the deployment, Gray feels he failed to protect Parker in the field, and he is determined to make sure he doesn’t fail her again. Leaving the past behind will not be easy for either Parker or Gray as they face Alex’s instability and anger and the lingering trauma of the deployment.