You are here: Home / Library / Blood Link VII – The Lonely 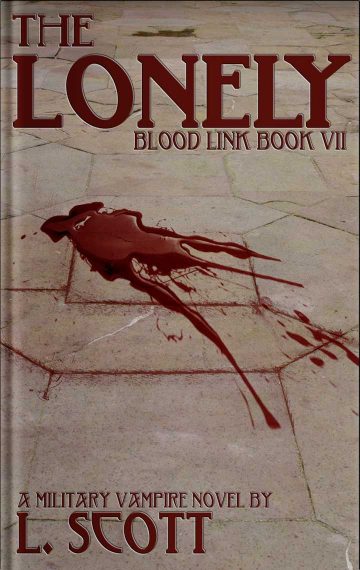 Tobias Evans struggles with his knowledge of the coming battle with Margaretta. In his visions, he’s grievously wounded by a silver blade in his back. The gore covered stone floor is cold and hard beneath his knees, and a chill settles between his shoulder blades as weakness overwhelms him. Tobias has been devastated each time he sees and feels the event, but it isn’t the battle, the blood, or even the pain that causes him distress. His anguish comes from the clear and certain belief that he could be leaving someone behind—someone he loves and who loves him. Tobias doesn’t know if he will survive the maelstrom of carnage and death surrounding him, but as darkness begins to crowd his sight, he begs God for something he has never asked for before—another day above ground for the sake of his unknown love.