You are here: Home / Uncategorized / Laugh or Cry

I’m laughing this morning, because to do otherwise would probably mean the end of some poor inanimate object when I hurl it against a wall. There’s a reason my weapons are locked up today. My frustration abounds and there isn’t a damn thing I can do about it except remain calm and smile. But that’s all happening on the outside. Inside… well… you know… 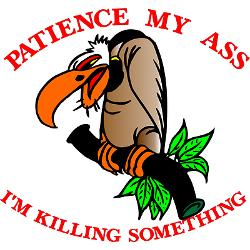 Sometimes, events conspire against us. And it’s no one’s fault. Shit just happens. I was planning on releasing a new book last week, but I elected to hold on the release until all the changes were done to the Blood Link series covers and all the changes to the website were complete. Then I held up because it was important to look at all the options and decide what to do about the new Prime Unlimited and Barnes and Noble.

Finally, I was ready to go on all the stuff and that’s when it just sorta turned into one of those nightmares from hell. I don’t do most of the technical crap. I have little to no patience when technology doesn’t work as advertised. My skills don’t extend much beyond calling or emailing Dean to fix whatever it is. I even installed remote access for him, so now I can just sit back and watch him click stuff on my screen from his home. This saves him a lot of travel time and gas, and he doesn’t have to watch me pace or listen to me bitch.

CreateSpace (print on demand) and Amazon (who owns CreateSpace), both advertise their ease of use for self-publishing. They are. Sorta. Maybe. Not for me. But they aren’t horribly difficult for someone with patience and a basic grasp of today’s technology. Yeah, that lets me out. But I have sat there (almost being quiet) and taken notes while Dean has loaded my books. He felt that I should have an idea of how it’s done… just in case he fires me as a client. Yeah, he’s so not getting to do that.

Anyway, you load your unique and fabulous cover image to the template in CreateSpace and load the manuscript and the site generates the interior and wraps your cover around it. Based on the thickness of the book, there may be a few adjustments that need to be made to the fold points for the spine and for centering of the cover. If you don’t make those adjustments you wind up with a crappy looking book. Dean is the one who makes those adjustments. I look at it and go “Oooooohhhh. Awwwwwwww. Pretty!” Did I mention that I’m one of those people that can’t figure out which side is up on a to-go container?

Getting CreateSpace right is the first step. Once you have this right – and it can take a day or two – then you can use CreateSpace’s templates to generate the cover for Amazon and the interior for the Kindle. When it all works, it only takes 24-48 hours to be live on Amazon and CreateSpace with your amazing work of creative genius.

That didn’t happen this time. We don’t know why. Somehow, somewhere, someplace in the great unknown, the technology gods frowned upon my book. They pointed and giggled and decided to see if they could make me insane. It wasn’t like that would be a big challenge, but they did it. They attacked. 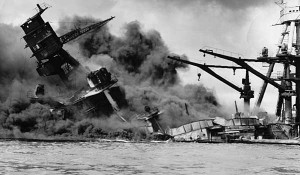 CreateSpace loaded beautifully. Dean only had to make minor adjustments to the cover for fit and alignment, the interior didn’t give him any issues, and a mere 36 hours after hitting the send button, the book was live on CreateSpace. But somewhere between CreateSpace and Amazon there was a glitch and instead of having a single book with the options of format, I had two separate books. The one in the Kindle Store was great. The cover looked good, it downloaded fine, and everything with it was good. But when I searched the main site for the book, it brought up a link to the book with no cover image. When I clicked on the link it took me to the book, but there was still no cover image and no link to the Kindle.

No freaking image, my ass! I have a great cover and you aren’t showing it! There was much ranting and cursing at this point. All of it on my part.

Dean has remained calm and unflappable as he’s worked the problem. This is why I pay people to do things for me. I would have broken something and probably called the support tech at Amazon names that would have gotten me banned from the site. As it is, poor Daisy Dog and Boo Kitty have gone running a couple times in the last week as I’ve gotten more and more frustrated by something that I can’t control.

So when will it all be fixed and ready to go? I don’t know. I know that smarter people than me are working hard to fix whatever it is that’s broken. My suggestion for the appropriate placement of a small thermonuclear device has been ignored. Multiple times. Apparently this isn’t something that can be resolved with unlimited firepower and a willingness to use it. Although, I’m pretty sure that I heard Dean cursing under his breath this morning, but that could have been at me for bothering him when he was working. Having nothing positive to add to the conversation, I have done the responsible thing and stepped back. Yeah… I know… that’s not my usual course of action, but what else can I do. I have to smile and leave it to the experts. But if it isn’t fixed soon, I’m going for Door #3. 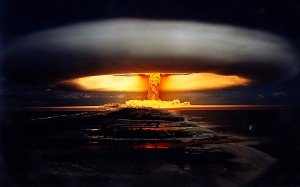 I swear to you there is a book. It’s got a great cover. It’s a great book. And it will be available soon. Maybe…