I told you I was making them attainable and something I could live with.

Let’s review the 2013 resolutions.
1. I will not step on my scale more than once a month. The damn thing just annoys me so I don’t know why I’d want to spend any real time with it. It’s rude, obnoxious, and the little bastard lies.

I don’t think I stepped on that ugly POS (piece of s***) more than three or four times since my post. I saw the doc several times this year and stepped on her scale (it lies too – must be something the manufacturer builds in). The doc seemed unconcerned, so I went with her attitude. 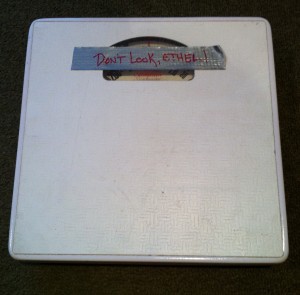 2. I will step away from anyone who I can’t be nice to or won’t be nice to me. Both in person and online. In person, this will save me the hassle of calling Mr. Scott to pick me up after arraignment, and online, it will keep me from leaving a permanent trail that can be used against me in a court of law.

In my opinion (besides that annoying judge’s, mine is the only one that really matters), I was successful. I steered clear of a few people here in town, and I closed Facebook more than once this year. I did attempt to stay in the face of my elected representatives concerning their votes on the things that most affected me. And when it came to many of the online dramas, I did my best to say nothing and walk away. Arguing with people who feel “persecuted” is a lot like pissing in the wind. It may accomplish the job, but it leaves you feeling unsanitary when you’re done.

3. I will adopt a dog this year because I have no trouble being kind to a dog. I like them better than most of the people I encounter. Dogs like me, and they don’t care if I’m overweight, have no fashion sense, curse too much, and don’t give a rat’s ass about dusting.

We have the darling Daisy. We weren’t ready for her, but she wasn’t ready to have her human die and leave her alone. Mr. Scott brought her home from Phoenix, and she’s been one of the best things that happened to us this year. I did worry about her fitting in, but I guess she feels at home here. 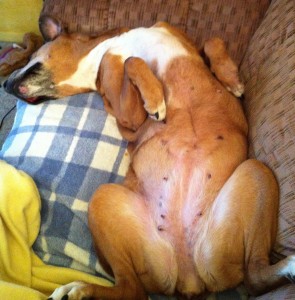 4. I will keep my one living houseplant alive for another year. It helps that it’s a cactus, but it’s still a challenge to me.

Not only did I accomplish this, but a friend gave me another green thing at Valentine’s Day and it too has survived my many attempts to let it die. I’m quitting while I’m ahead – no more plants. Fortunately, the resolution was only about the houseplants because I managed to kill off a couple rose bushes outside this year. 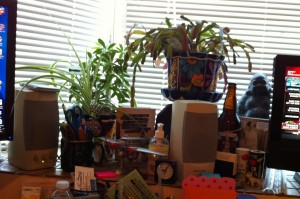 I have hoarded some of the larger three-ways, but I’ve come to realize that change is inevitable. I still hate those squiggly things though and I’m going to invest in the LED types.

6. I will not go back to doing things that I have already managed to give up doing. Therefore, I will not be smoking, seriously drinking, or jogging. If I take up jogging again, you can bet that I’m drinking heavily.

I am happy to report that my fat ass did not go jogging this year. Hell, I barely moved faster than the standard old people pace most days. I didn’t smoke or do any serious drinking either. Okay, maybe I am serious about this wine – if I’m gonna go, I’m going out happy. If you don’t get to drink much – drink the good stuff. 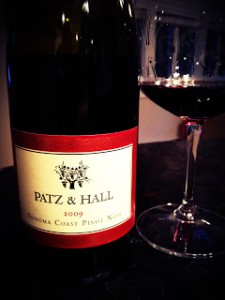 7. I will lower my head and not look directly at the other driver when I call him a freaking useless Asshat that can’t drive to save his soul. I’m getting too old to get out of the car and beat the hell out of people. It’s also not as easy as it used to be to beat up on those old white-haired ladies since more of them are going to the gym and eating healthy.

I did it, but this was the hardest of all my resolutions to keep. What the hell is wrong with people? Driver’s education needs to be mandatory. Teenagers without jobs shouldn’t be allowed to drive. Women who believe their rearview mirror is for makeup shouldn’t be allowed to drive. And all cars should be equipped with some type of device that disables phones unless the vehicle is in park or has already crashed. And I should be authorized the use of a rocket launcher when I’m stuck behind one of those useless Asshats! 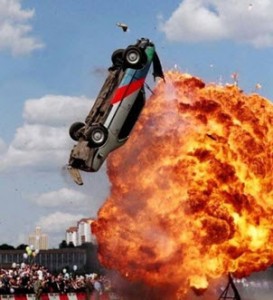 8. I will not eat any beets or lima beans. I don’t like them. I don’t want them. And as an adult – I don’t have to eat the damn things if I don’t wanna.

This was a total gimme. I did not eat either of those things. I also managed to avoid several other items that I’m not fond of this year. I ate no yellow squash, parsnips, or turnips. I consider this a bonus. 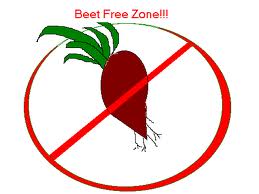 9. I will avoid daytime television, reality television, and anything with wives, bachelors, survivors, gold hunting, trucking, crabbing, axe, or swamp in the premise or title. I’ve suffered enough brain damage from the serious drinking and I don’t need to add to it with this useless drivel.

Other than inadvertently walking through a room when Mr. Scott was watching Storage or Shipping Wars, I was completely successful. While I’ll never get those previously lost brain cells back, at least I didn’t lose any more to this crap. And who decided that being toothless was a look? Some idiot is now paying you – buy some freaking dentures. And just for the record – it’s neither History, nor is it worthy of Discovery. Asshats! 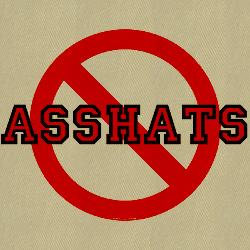 10. And finally, I will stay at least one-half mile away from Sam Elliott. The restraining order was quite clear about the distance, and I’m pretty good at following rules when there are consequences.

Santa didn’t deliver Sam (which would have been a freebie as far as the restraining order goes since he would have been coming to me – just sayin’!), so I was able to stick to the resolution. Had Santa delivered… well… I’d have just had to live with my failure. 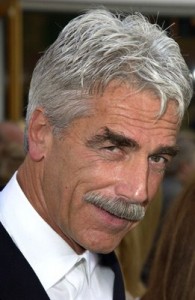 I’m getting rid of #3. I can only manage one dog at a time and Daisy is perfect for us. My new #3 will be to do my Lumosity training daily. And to try to think about doing it before the reminder comes. I’d really like to remember where I put that damn phone down without having to wander around the house – even though that counts as activity in my books. 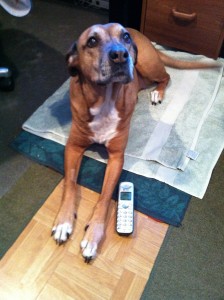 #4 changes to keeping my two houseplants alive. And this is a bonus item! There are two plants in one pot, so it’s actually three plants I’m keeping alive. I’m now at my limit. No more plants!!!

#8 is going away. I’m not going to eat stuff I don’t like anyway and there should be some element of challenge involved.

My new #8 will be to not drink the entire pot of coffee each day. This will be a real test for me. The doc would like me to cut back to 2 cups of coffee per day. She also seems to think that caffeine is bad for people. I’m willing to cut back from the entire pot and I’ll even drink an additional bottle of water during the day; however, giving up coffee is like giving up being an Oregon Duck fan – it ain’t ever gonna happen. 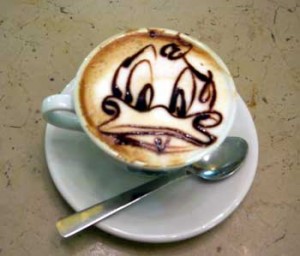 #8 violates my rules of easy resolutions, but I get bored without a challenge. This one will be a major challenge. Without the additional caffeine, it might be difficult to control other impulses… 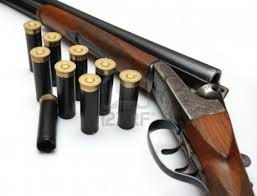 The dog and scale images are mine. The rest were blatantly stolen from the internet and violate someone’s copyright, although I’m sure Patz and Hall won’t mind that I singled them out for having a great wine. Please feel free to send the copyright police and have me arrested. I could use the break.