You are here: Home / Featured / A Painful and Joyous Farewell

Last week, I was fortunate enough to return to Las Vegas to join my comrades in arms as we said goodbye to the 99th Ground Combat Training Squadron, Silver Flag Alpha. Going back to say farewell was both wonderful and awful all at once. The unit’s primary mission (really simplified) was to train Air Force Security Forces to defend air bases. This was the Desert Warfare Training Center. 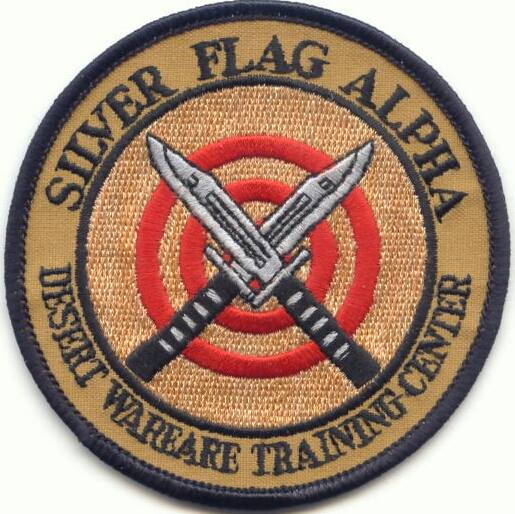 After only 34 years of invaluable service, the Air Force is inactivating the unit. I can’t tell you how much it sucks to say that. The few years I had as a first sergeant (1993-1995) with this small tight knit group of people changed my life forever, and I hate the idea that it’s gone. But the Air Force in its infinite wisdom feels the need to trim, cut, and consolidate, so the mission will move to Fort Bliss, where instead of owning our own ranges and controlling our destiny, we’ll be at the mercy of the Army and their schedules. Did I already say it sucks? Sorry. I’ll move on now.

The thing that some will understand (mostly my brothers and sisters in arms) is that “The Flag” was always there and it provided continuity in my world. Weapons and weapons systems change, but a location and tasking seemed so much more solid. We will always need to train men in a desert environment to defend our assets.

The Flag was where I last served. It was where the people I most cared about were from, where I became what I was always meant to be, and where I ultimately left a part of my soul and a big chunk of my heart. The Flag is where the young men and women I came to admire so much lived up to the expectations that we set and proved my favorite theory about leadership. If you set the bar high, your NCOs will not only meet your expectations, they will exceed them every time. Being the First Sergeant for The Flag was a dream job for me.